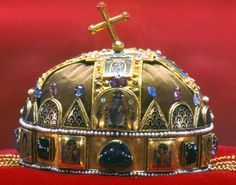 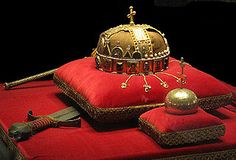 Holy Crown of Hungary. Exhibited in the Parliament. Budapest. 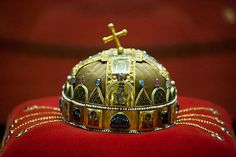 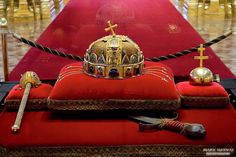 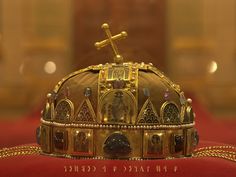 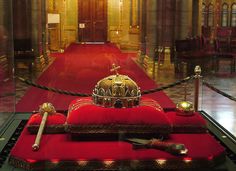 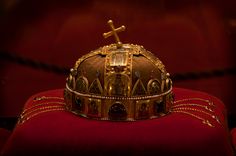 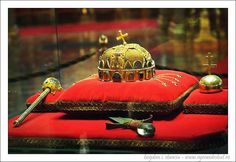 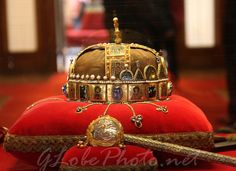 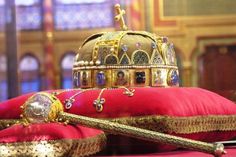 The Holy Crown of Hungary (Hungarian: Magyar Szent Korona, Latin: Sacra Corona), also known as the Crown of Saint Stephen, was the coronation crown used by the Kingdom of Hungary for most of its existence; kings have been crowned with it since the twelfth century. The Crown was bound to the Lands of 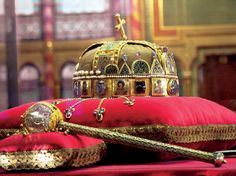 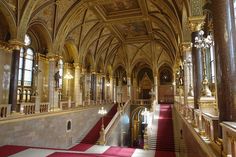 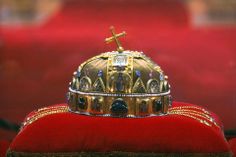 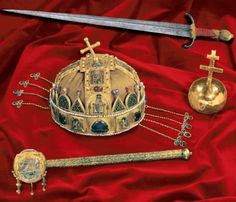