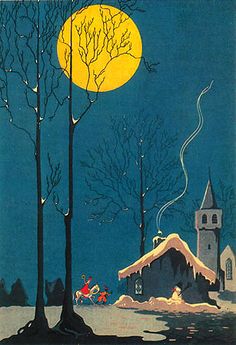 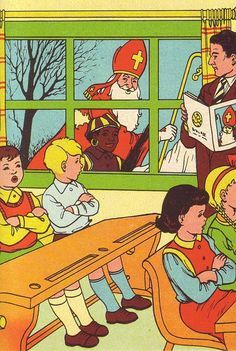 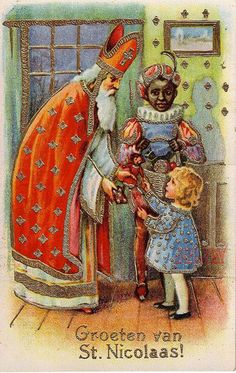 Here Saint Nicolaas is depicted in the Dutch tradition accompanied by Blackamoor Zwarte Piet (1850). Some accounts consider the black boy to be a servant while others a freed slave. Yet others say he orginated from a chimney sweeper covered permanently in soot. Although modern controversy has arisen, by most accounts St Nicolaas or Sinterklaas, was indeed a generous patron for children, sailors, and the poor who originated from a Greek Bishop of Myra. 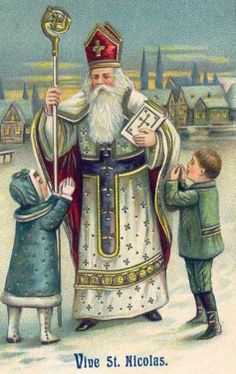 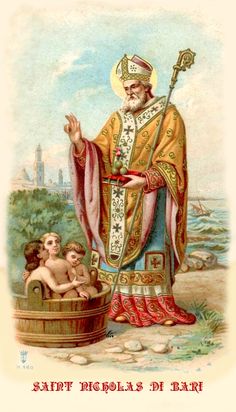 Saint Nicholas feast day December 6th. Card for available for personal use only. 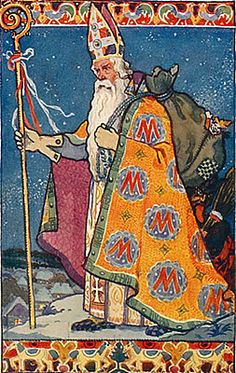 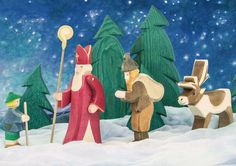 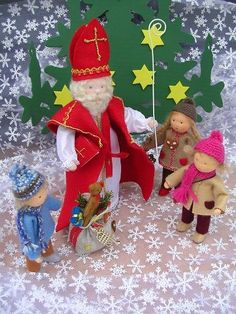 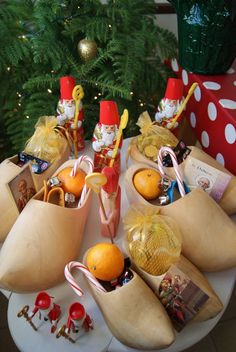 Happy Saint Nicholas day from our home to yours! In case anyone is interested... :: Wooden clogs came from my childhood when my parents visited the Netherlands, they brought these back for my older sister, older brother, and I. :: Wood Saint Nicholas is from Ostheimer. :: Plastic Saint Nicholas toys are from PLAYMOBIL. :: Chocolate Saint Nicholas (learn how to change a chocolate Santa into Saint Nicholas) is from Lindt. :: Gold foiled chocolate coins are from Trader Joe's. :: Clementines and… 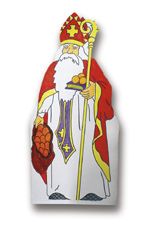 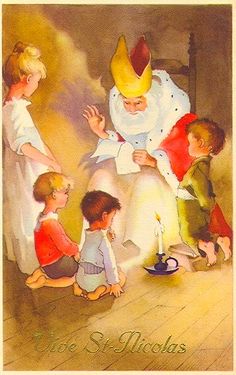 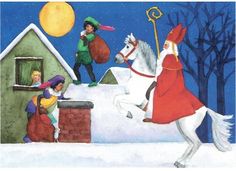 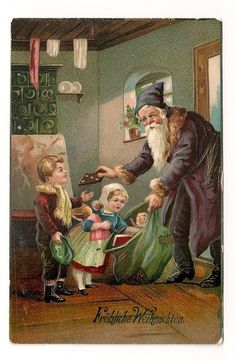 Find many great new & used options and get the best deals for SANTA FATHER CHRISTMAS POSTCARD SANTA BRINGS GIFTS AND GINGERBREAD TO KIDS at the best online prices at eBay! Free shipping for many products! 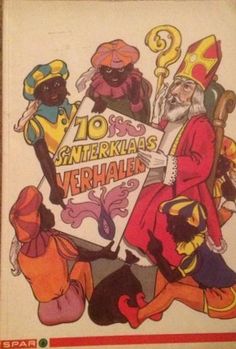 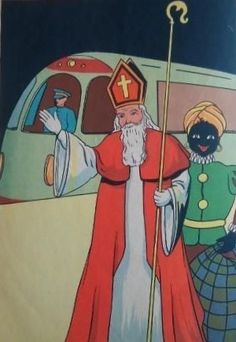 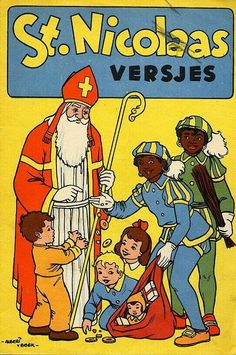