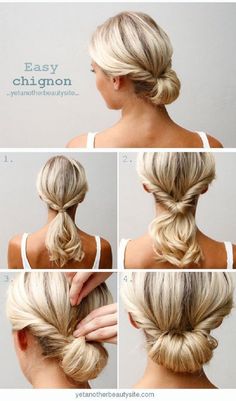 30 Most Flattering Half Up Hairstyle Tutorials To Rock Any Event

These Half Up hairstyle tutorials are great for that impeccable look. Also, they are easy to style and works for both, medium to long hair.

Need a Valentine's Day hair tutorial? Try this hair hack and you'll be good to go in 10 minutes. So easy, literally anyone can do it!

Image in hair collection by $ylvia.martinkna on We Heart It

Uploaded by Nana Barbie. Find images and videos about hair, hairstyle and diy on We Heart It - the app to get lost in what you love.

22 Easy Half-Up Hairstyle Tutorials You Have To Try - Gurl.com

The year of the sock bun happened in 2012/2013. Braids were inescapable in 2014. In 2015, the super trendy lob ruled all. I predict that 2016 will be the year of half-up/half-down hairstyles, and I really hope that I’m right. In case you haven’t noticed, the half-up top knot has been everywhere for the last … Read More

What an awesome and unique hair style! The Braided Rose looks way more complicated then it is and all you have to do is know how to braid! By taking a normal braid and rolling it up into a “rose”, your hair can become the best accessory to your look and s