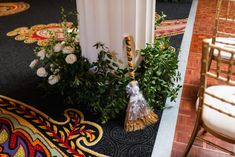 Beautiful Ballroom Garden Wedding in Washington DC Elise and Dana first crossed paths during a friend's rooftop celebration, where Elise's interest was immediately piqued by Dana. Although Elise was "giving her best doe-eyed glances in his direction" it wasn't until a mutual friend set them up on a semi-blind date that they would finally connect. The spark flew and it wasn't long before they were planning the next date and the next, eventually becoming inseparable. 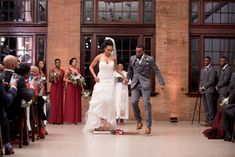 Centered Around Love: Wedding in Virginia Want more of this love story, continue by clicking the link below! Featuring floral work from Coterie Member, The Flower Guy Bron and appearing in the Summer 2019 issue of MunaLuchi Bride Magazine. Order your copy here while available! 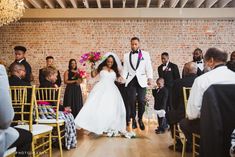 Tradition Meets Southern Style: Wedding in Charleston, SC Meet this lovely couple who knew instantly where their hearts would lead them! Click the link and read up on this stylish, romantic wedding. 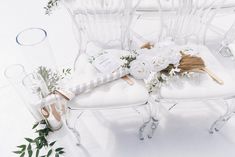 Striking High-Style Wedding in Miami Beach Emily and Layne's love first blossomed from the hallways of their middle and high school. As they matured over time, so too did their childhood love - flourishing into the unshakeable foundation it is today. 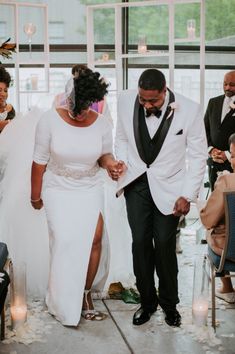 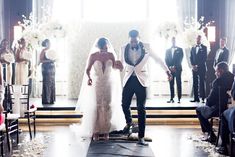 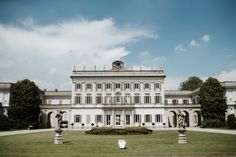 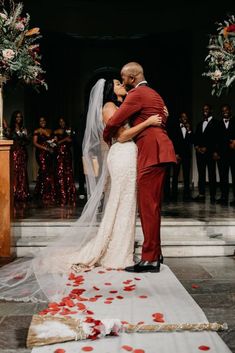 On what seemed to be just another Saturday evening, Amanda headed out with her cousin to enjoy a few drinks – completely unaware that she was about to meet the love of her life. While sitting at the bar, a “belligerent patron” was creating an uncomfortable situation for Amanda and her cousin when Tyrell, witnessing […] 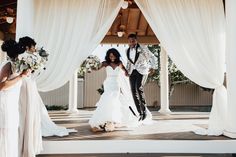 Nia and Javon’s love story began at the birthday dinner of a best friend. Though the presents that day were for a friend, Nia and Javon received the greatest gift of all in each other. Little did they know that day would come to change the course of their lives forever. Overtime, realizing they had […] 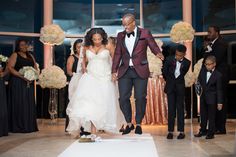 Having a mutual connection on social media, Monica’s interest was peaked when she saw Aaron in the Instagram picture of one of her friends. Deciding to follow Aaron’s profile, over time she began to realize she was developing a crush. Wanting to get to know more about him she reached out through direct messaging, only […] 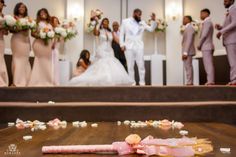 Neesha & Montrel’s love story began byway of a mutual connection. Being the brother of Neesha’s friend, he accompanied them one evening for drinks. When Neesha arrived, standing in the parking lot was a “tall and handsome guy” who she immediately locked eyes with. Having just gotten out of a difficult relationship she wasn’t trying […] 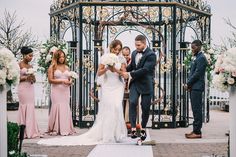 Introduced by mutual friends during college, Lakeisha and Kenneth have enjoyed many years of friendship from which to build a foundation of trust and support. Having experienced their ups & downs during that period, when the time came to give dating a chance they were more than emotionally prepared to allow their hearts to lead […] 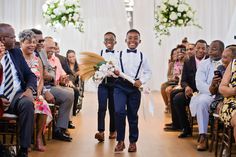 Following Thanksgiving of 2014, Maisha’s friend had been encouraging her to meet this guy she thought Maisha might connect with. Initially on the fence, Maisha finally agreed to go out as group to meet Jason. After everyone was introduced Maisha and Jason began a casual conversation and very quickly hit it off. So much so […] 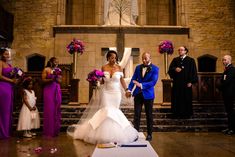 High School sweethearts, Dionna and Jordan, met during a freshman year field trip. Dionna noticed how much of a “gentleman” and how “cute” Jordan was. To the rest of their classmates it was clear that a connection was between them. So much so that by the end of the trip, word on campus was that […] 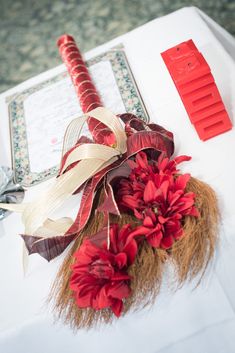 With Corey being the best friend of Tara’s cousin, their paths crossed numerous times over the years, but it wasn’t until a family barbecue in 2013 that their love story would truly begin, putting them both on the path to happily ever after. Realizing that Tara was “the one” Corey planned their perfect proposal, and […] 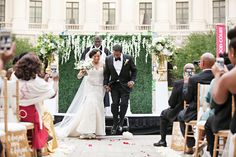 Rochanda & Willie met on Tinder, swiping right into each other’s hearts. After spending a month getting to know more about each other thru social media they decided it was time for that first date. The conversation flowed like old friends over a charming lunch, leaving them both ready to see each other again. In […]