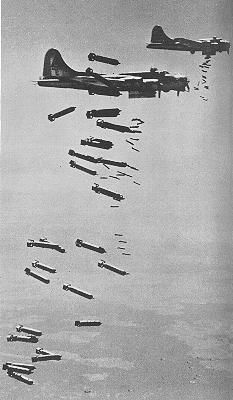 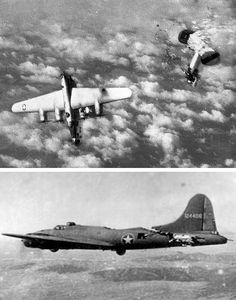 07 Apr 45: A sortie of 180 German Bf-109s attacks Allied bombers with the intent of ramming into them, aiming for either the tail, engines or cockpit, and bailing out either before or after collision. While only 15 Allied bombers are attacked in this manner, eight are successfully destroyed. 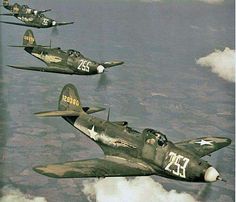 The Bell P-39 Airacobra was one of the principal American fighter aircraft in service when the United States entered World War II. The P-39 was used with great success by the Soviet Air Force, which scored the highest number of individual kills attributed to any U.S. fighter type. 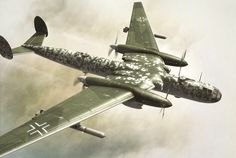 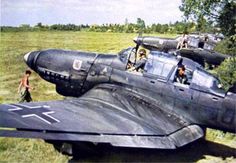 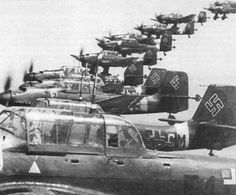 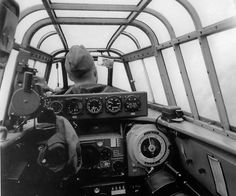 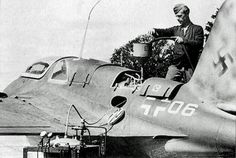 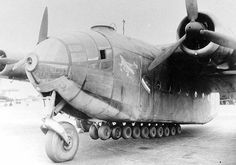 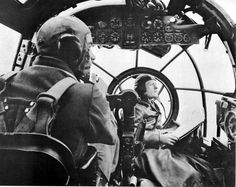 Cockpit of a Heinkel He 111 H medium bomber on a mission. 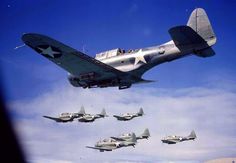 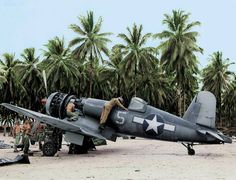 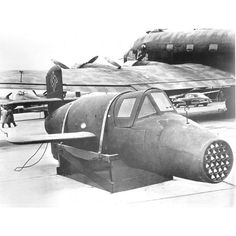 The Bachem Ba 349 Natter (Viper, Adder) was a World War II German point-defense rocket powered interceptor, which was to be used in a very similar way to a manned surface-to-air missile. After a vertical take-off, which eliminated the need for airfields, the majority of the flight to the Allied bombers was to be controlled by an autopilot. The primary mission of the relatively untrained pilot, was to aim the aircraft at its target bomber and fire its armament of rockets. 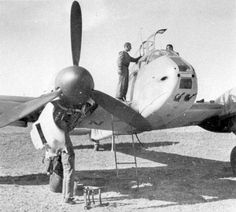 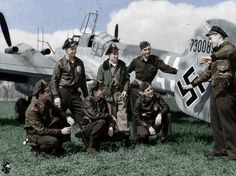 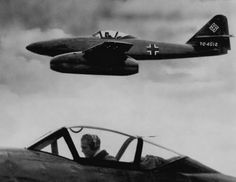