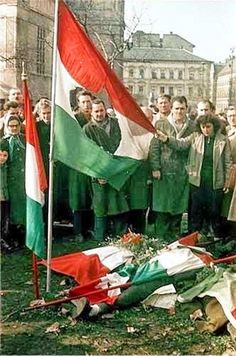 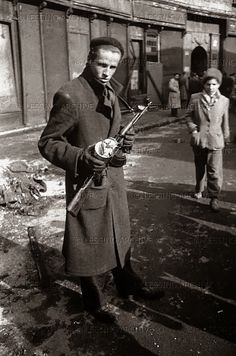 The Hungarian Revolution of 1956 or Hungarian Uprising of 1956[5] (Hungarian: 1956-os forradalom or felkelés) was a spontaneous nationwide revolt against the government of the People's Republic of Hungary and its Soviet-imposed policies, lasting from 23 October until 10 November 1956. It was the first major threat to Soviet control since the USSR's forces drove out the Nazis at the end of World War II and occupied Eastern Europe. Despite the failure of the uprising, it was highly… 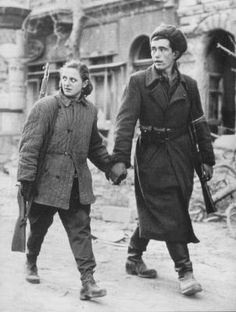 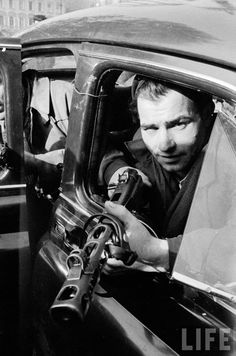 Once, while I was walking somewhere with my Father, we met one of his patients. The guy had a pronounced limp. "He damaged his leg parachuting into Hungary in 1956", my Dad told me when the guy schlepped away. For a long time this was all I've ever heard about the Hungarian Uprising of 1956. […] 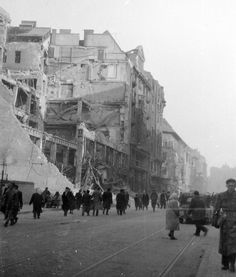 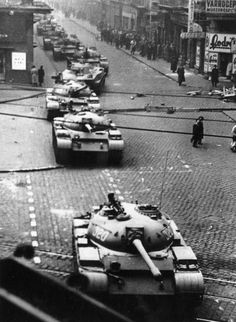 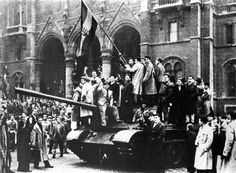 1956 Revolution against USSR - no one came to help Hungary, the world sat by and ignored the cries for help...sad day! 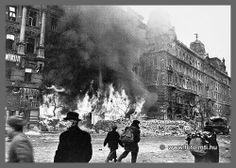 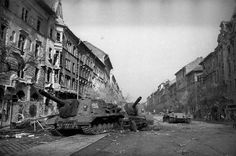 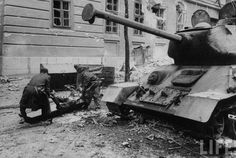 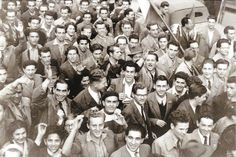 The Freedom Fight: a chronicle of Hungary’s 1956 Revolution | WeLoveBudapest EN

Hungarian history includes many eras of oppression by occupying foreign forces, and many instances of the Magyar people uniting to battle against them. But of all the struggles for independence fought here over the centuries, none took on a mightier foe than the 1956 Revolution opposing Hungary’s Soviet-controlled government, which first sparked amid the streets of Budapest on October 23rd – now a solemn holiday observed annually nationwide. 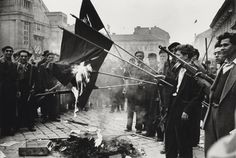 ERICH LESSING - HUNGARIAN REVOLUTION 1956 The beginning of the De-Stalinization period in Hungary favoured the development of an opposition movement, particularly among students and intellectuals.... 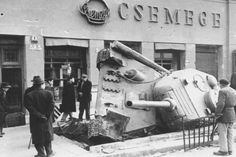 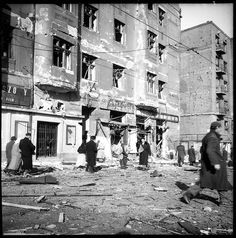 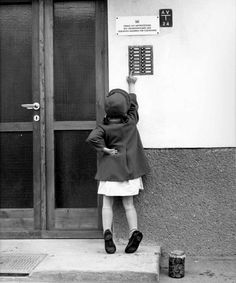 UNHCR, the UN Refugee Agency, is a global organisation dedicated to saving lives and protecting the rights of refugees, forcibly displaced communities and stateless people. Visit our website and find out how you can support us. 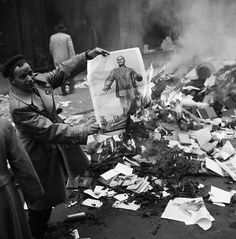 These two bullets were found after the Battle of Gallipoli which started in 1915 and ended in 1916 during WWI. The allies consisted of British, French,